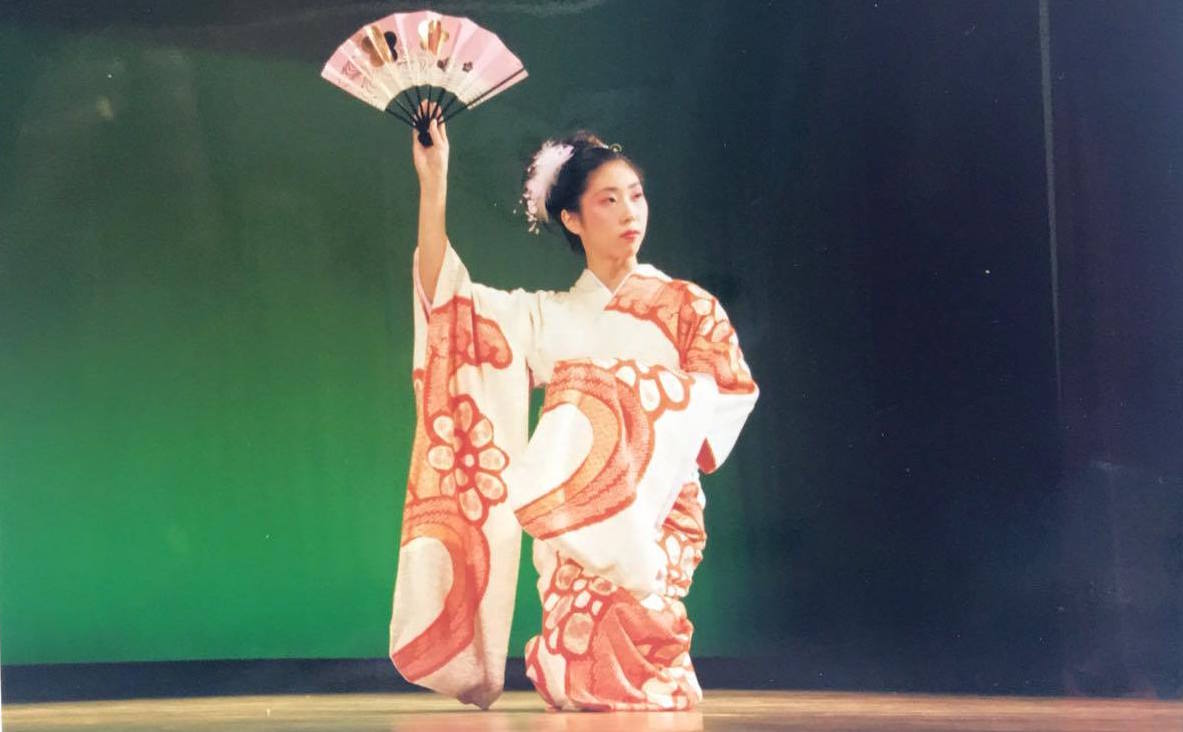 “Tanabata” is the day when Orihime and Hikoboshi meet in the Milky Way once a year. 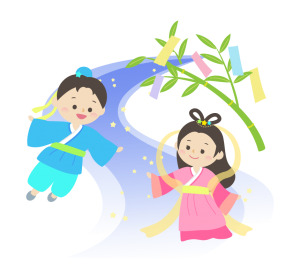 Once upon a time, there was a daughter near the Milky Way. Her name is “Orihime” who is very good at weaving. Orihime’s father, the Emperor (God of Heaven), brought a young man for Orihime. His name is “Hikoboshi” and he was a serious hard worker who took good care of cows. Orihime and Hikoboshi fell in love at first sight and eventually got married.

However, as they spent more time together, they didn’t work any more.The kimono of the gods became tattered, and the cow became ill. The god of heaven, who was angry with this, separated them from each other across the Milky Way. Since then, the two have been crying and have lost their energy. The god of heaven felt sorry for them and promised, “If you work diligently like before, I will allow you to meet once a year.” After that, they began to work diligently, and once a year on July 7, they were able to meet across the Magpie Bridge over the Milky Way.

① Tanabata is an annual event that is celebrated ☆on the night of July 7.
Stars of Tanabata are Orihime’s “Vega” and Hikoboshi’s “Altair”. Both stars are the stars that have been popular in China and Japan for a long time, and are the brightest “first-class” stars in the summer night sky. It’s a very bright star, so you can find it in the city if the weather is nice. Vega and Altair shine apart, separated by the Milky Way, as in the Tanabata story. 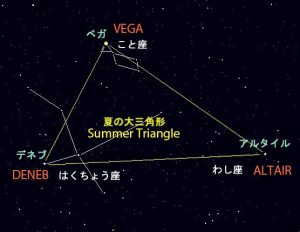 ② The Tanabata event has been held in Japan since the Nara period. At the beginning, it was a festival to ask women to improve their sewing, named after Orihime, the legend of Tanabata. It seems that it is an event that develops from there and originally hopes to improve the arts and skills.
The Tanabata song “5 colored TANZAKU strips-“, describes the colors blue, red, yellow, white, and black/purple, which originated from the Chinese theory of Yin Yang and the Five Elements. The five colors are meant to ward off evil.

Please write your wishes on any color strip of paper.

In ancient China, a child who died on July 7th was believed to have become an evil spirit and brought misfortune, so to appease the spirit, the child’s favorite snack called “Sakubei” was offered. Sakubei was introduced to Japan in the Nara – Heian period (710-794) to pray for good health. It is a sweet made of wheat flour and rice flour, kneaded and deep-fried, similar to a “Karinto”,

Sômen, eaten on Tanabata, was originally offered to the gods and ancestors, to prevent being haunted. That is the reason why Sômen is a popular summer gift because of this episode.

If you get to know the ancient feelings, you may be able to feel more like a festival.

Hope your wishes will come true on Tanabata.v